The latest game settings update for Call of Duty: Black Ops 4 has gone live courtesy of Treyarch, the games developer. The update brings with it the Pro Series multiplayer playlist, mastery camos along with full camo support in Zombies, a new camo progression system and mastery Camos in Blackout on PS4.

The pro playlist will have itself applying the competitive map pools, game modes, and rule set as per the Call of Duty World League. This will allow players to practice within the bounds of the competitive scene, a nice addition for those interested.

The addition of many more camos across the various game types will make many casual and hardcore players happy as it gives them more to chase and work to achieve as they play.

Also listed in the update is this weekends 2X Merits weekend which kicks off tomorrow and runs through Monday morning.

We’ve updated all three modes in today’s Black Ops 4 update! Let’s get straight into the details. 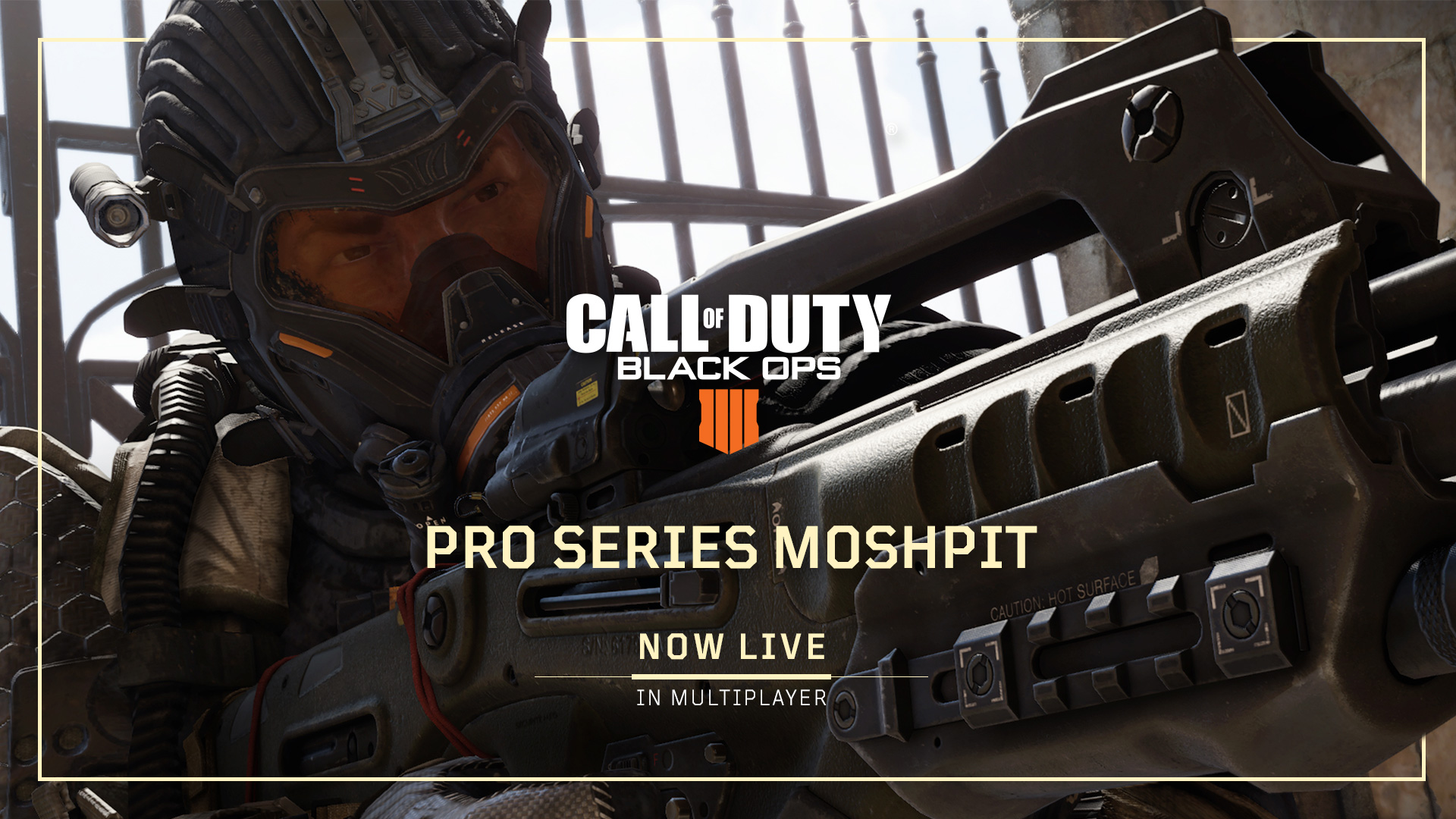 For our competitive players – and for those who want to try MP with fewer Specialists in the mix – we’re launching our Pro Series Moshpit playlist today in the MP Featured category on all platforms. Now’s your chance to get a feel for how the pros play with new limitations set on Specialists, Scorestreaks, weapons, and more. See below for the list of rules, and get those competitive loadouts ready for primetime.

We’ve added Mastery Camos (Gold, Diamond, Dark Matter) to Zombies on all platforms, as well as support for Mastercrafts, Reactive Camos, and Black Market camos. You’ll be able to track your progress as you complete challenges in the Armory on your way to earning Mastery Camos.

Zombies players can also now unlock additional reticles by completing Reticle Challenges in the Armory, as well as customize their colors for more visual options in-game.

Blackout’s unique camo progression system arrives today on PS4, featuring a completely unique game mechanic to unlock new weapon camo variations on the path to Gold, Diamond, and Dark Matter. This new mechanic is uniquely designed to reward players for exploration, looting, and survival in Blackout, without having to complete headshot challenges on every weapon.

In this new progression system, players collect Paint Cans throughout the world in each match, and bank them to unlock weapon camos in the order of their choice between matches. Paint Cans are a new resource in the world of Blackout, and you keep what you find even after you die… just be sure to watch your back while you’re looting.

Because the open world of Blackout is so mechanically different from Multiplayer and Zombies, we wanted this system to incentivize exploration during the cat-and-mouse game of battle royale. So drop in, bank those cans, unlock some camos, and let us know what you think of the new progression system. 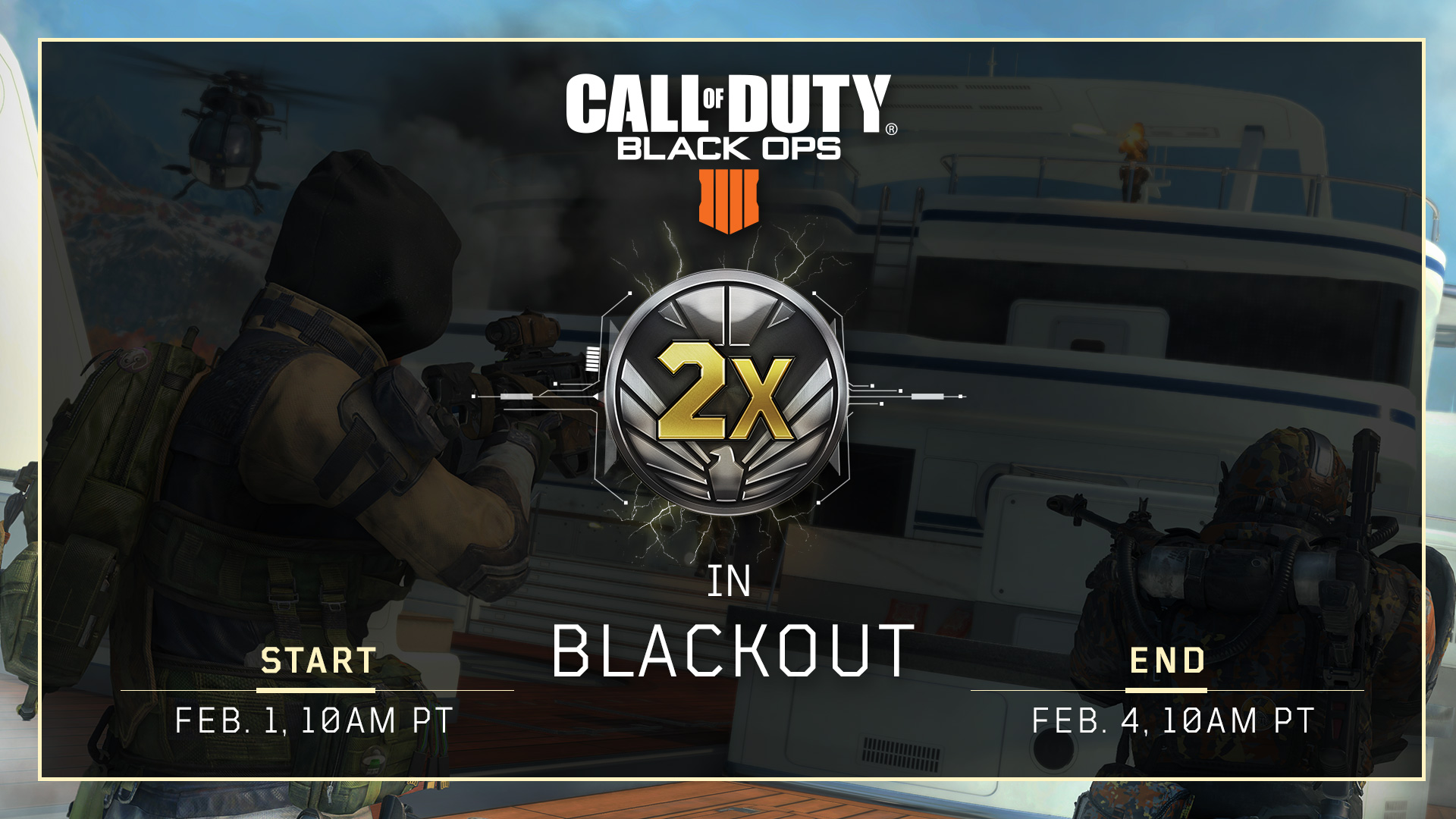 Our 1.12 update goes live on PC today, along with platform-specific improvements including new sensitivity and audio options, Diamond Camo fix, and more. Check this week’s 1.12 update patch notes for the full list of changes, as well as the new updates in the notes below.

The following updates are live today first on PS4:

The following updates are live today on Xbox One and PC:

In addition to this week’s 1.12 update changes listed here under “PS4 and Xbox One”, the following is also live today on PC: