The Call of Duty World League has announced changes to its upcoming 2019 Call of Duty: Black Ops 4 season ruleset. The update included the removal of several maps from the competitive map pool for Hardpoint and Control.

Contraband, Slums, and Summit will no longer be a part of Hardpoint while Jungle and Payload see their way out of Control.

In addition, Torque has been reintroduced into competitive play while Nomad maintains his spot on the banned list.

In similar fashion, Tac-Deploy has been left as the only banned equipment with Sensor Darts being re-enabled.

Lastly, the Hellion Salvo is now usable once again after a reduction in its damage was implemented.

You can find the full post and updated ruleset (v1.2) below or here: 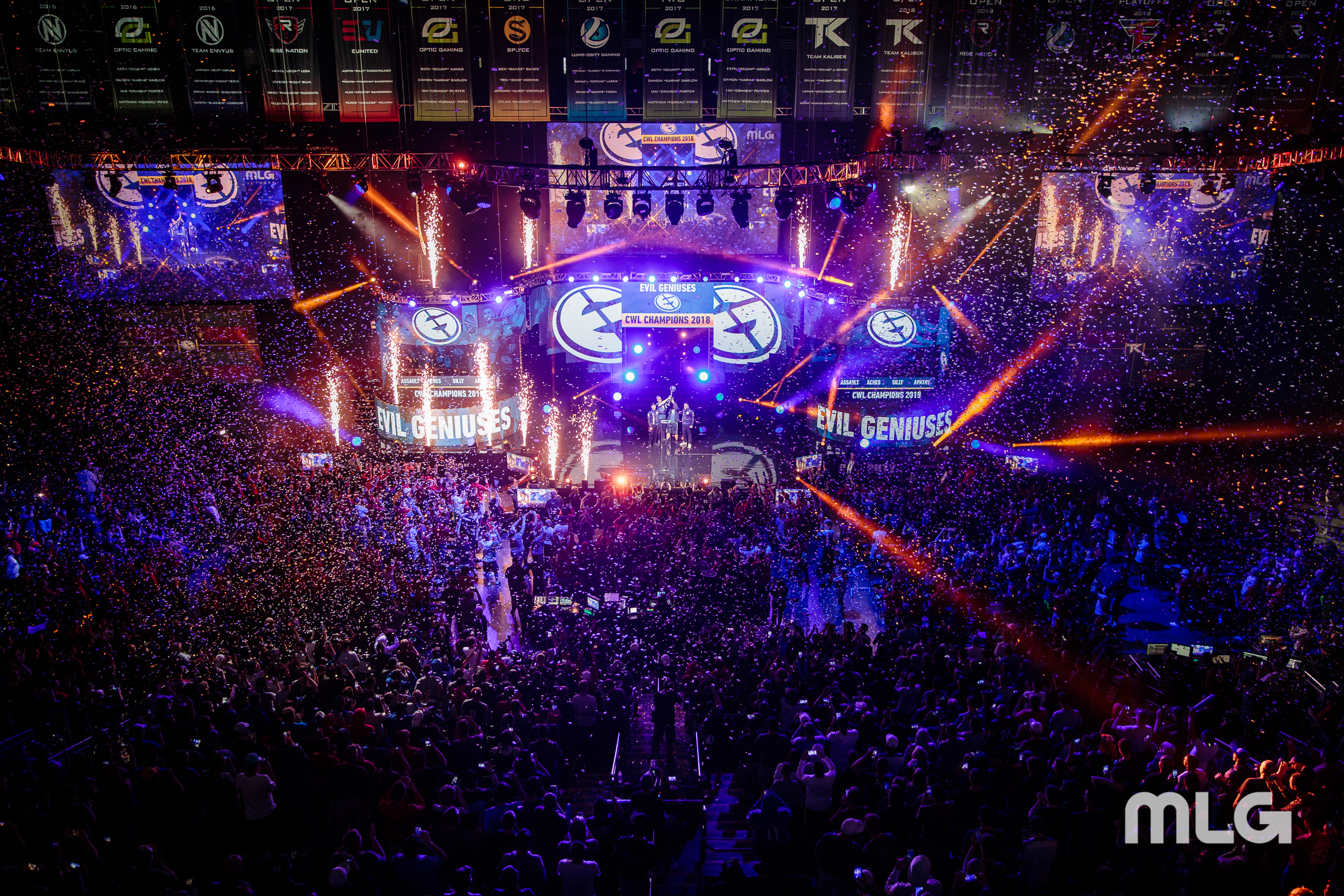 In September, we announced the next chapter for the Call of Duty World League. Along with revealing that all competitions will be played in a five-versus-five format, we outlined the roadmap for this season and a $6 million prize pool – the largest in Call of Duty esports history.

Now that all aspiring competitors have had a few weeks to have fun with the game, we can now announce the ruleset of all official matches for the upcoming season.

The following represents a starting version of the CWL ruleset. Our goal is to refine the rules following tuning changes made to the game after CWL Las Vegas.

Prior to launch, the CWL worked with a group of pro players to establish the maps used in each mode. Some restrictions represent player feedback, some items remain within the game to allow the meta to evolve over the course of the competition.

Treyarch – as not only fans of Call of Duty esports but as the creators of the Black Ops universe – also provided its preferred ruleset for the season. These combined efforts have led to our initial rules.

Our emphasis this season is making the game you play as close as possible to the game you watch. For hardcore CWL fanatics, you’re watching to cheer on your favorite squad. This season we want to give all Black Ops 4 fans around the world the opportunity to enjoy the CWL as both entertainment and education.

No, watching won’t help you clutch those 1v5 situations (good luck with that, though) but it can help you build better loadouts, use your equipment in smarter ways and help you learn how to be a better teammate. (We hope!) 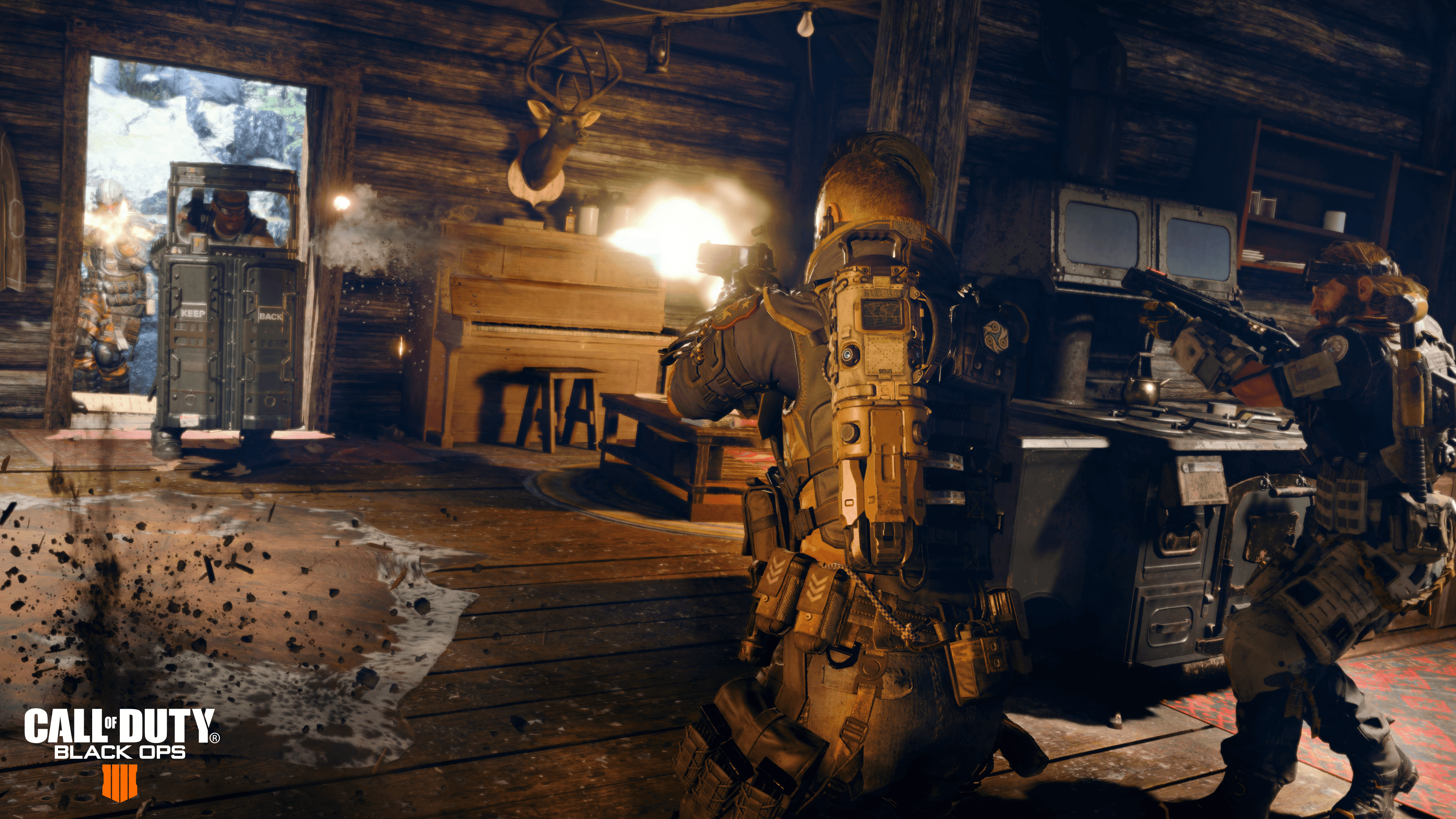 Note: As this is the initial version of the ruleset, it is subject to change. Please follow CallofDuty.com/esports, as well as @CallofDuty, @CODWorldLeague and @Treyarch on Twitter, for future updates.

For this year, all competitions will be played on three game modes: Hardpoint, Search and Destroy, and Control.

Control is a new signature game mode that brings out the best in Black Ops 4 team tactical gameplay. It brings together some elements of S&D and Hardpoint in a way that feels completely unique. Like S&D, teams alter between attacking and defending two pre-determined objective areas on the map. Like Hardpoint, these objectives are hills where attackers must stand in to capture them.

Each team gets a collective 25 lives per round. A team takes a round when they either capture both hills on offense, run out the clock on defense, or expend all of the other teams’ 25 lives on either side.

Our initial slate of maps may be reduced ahead of CWL Las Vegas. We want to make veto strategy an important element this season but have kept the map pools for each mode purposefully larger to allow us to adjust in the future.

At this time, Control will be our third game mode – replacing Capture the Flag from the previous CWL season.

Here are the maps and main settings changes for Control:

As for the other two modes, here is the initial map pool and settings changes for Hardpoint and Search and Destroy: 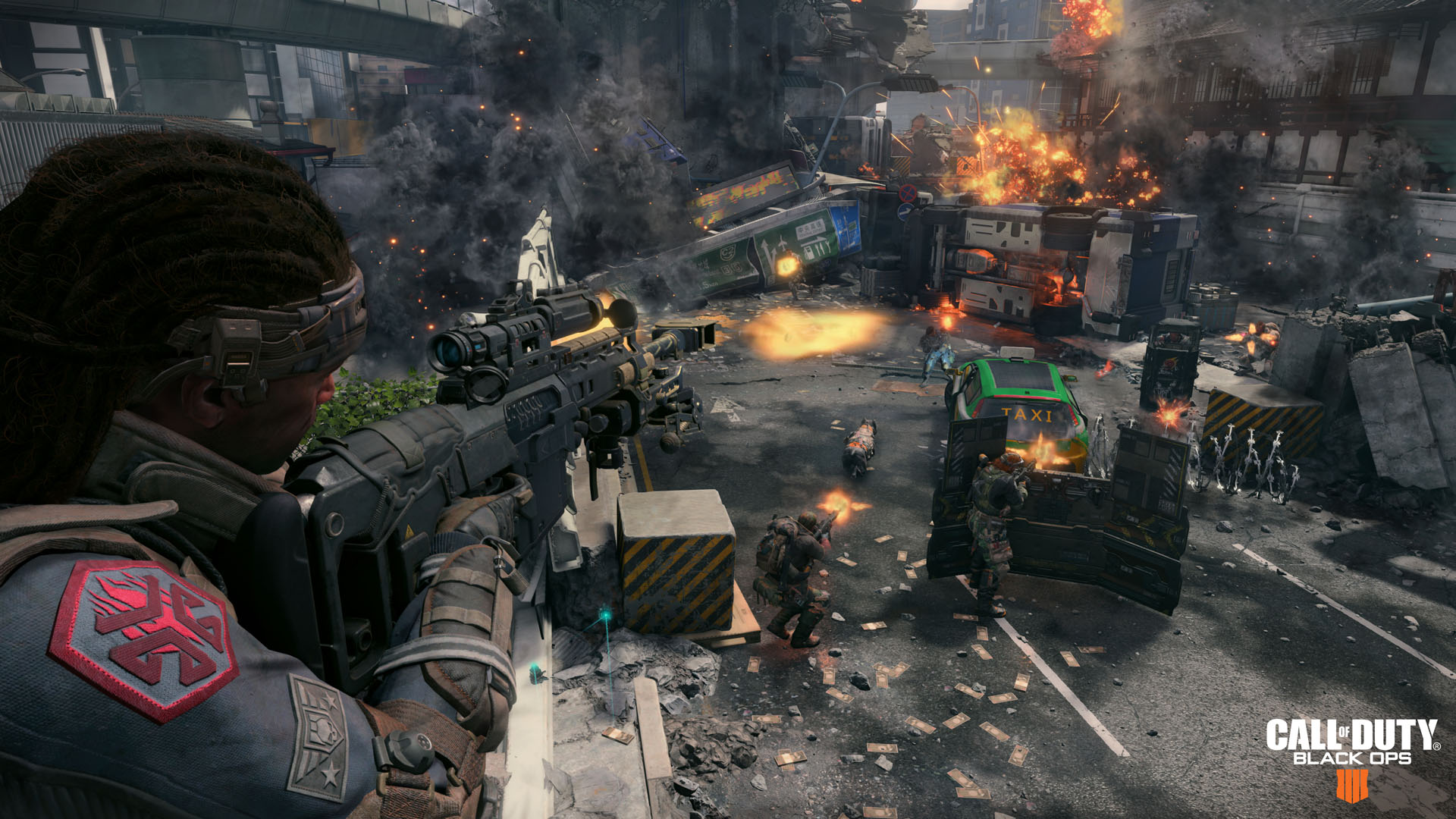 The following Specialist is restricted from use in CWL competition:

Specialists in the game can be used by one player on each team, just like in regular Multiplayer lobbies.

The following Specialist Equipment is restricted from use in CWL competition:

—   Tac-Deploy (Restricted in Hardpoint and Search & Destroy only)

Following CWL Las Vegas, special attention will be paid to the tuning of specific Specialist Gear (specifically for esports competition), adjusting elements like the damage dealt and durability of some offense-based equipment as well as the active time and impact of persistent support items.

Some equipment the studio would like to try adjusting – specifically for Esports Modes – include how Tac-Deploy operates and how many spawns it can generate, Reactor Core’s strength and radius, the damage and durability of Torque’s gear and more.

The following will be restricted for competitive play.

Rocket Launchers have traditionally been restricted from competitive Call of Duty due to free fire functionality and the damage that they apply to other players. However, they will be permitted in Call of Duty: Black Ops 4 competitive play after a tuning adjustment has been made to significantly reduce damage to players.

The ultimate goal of keeping Launchers in play in competitive is to serve as a tactical counter to equipment and scorestreaks exclusively, and not affect player-to-player combat.

For that reason – specifically when selecting Esports settings in custom games, which will be added to the game in the near future – damage to players from Launchers will be dramatically reduced, such that it will be insignificant.

The following will be restricted for competitive play. 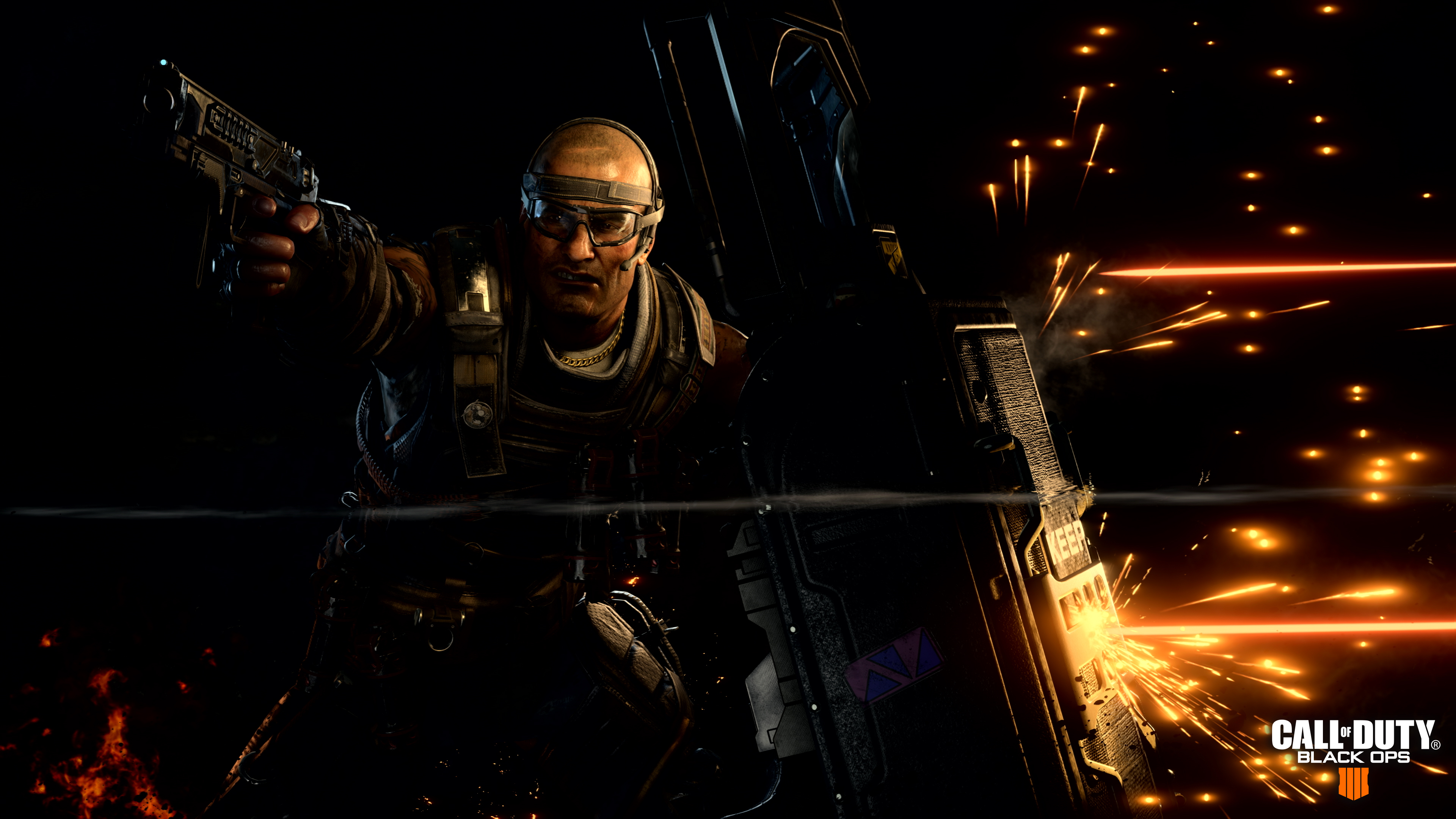 In all modes, some standard game settings will be changed, including:

Remember, this is just the initial ruleset; rules are subject to change, and we will continue to fine-tune these settings throughout the remainder of the year.

Player feedback is valuable to us and we continue to receive feedback each day. As we inch closer to CWL Las Vegas we will refine the ruleset further.

Online Ladders will begin October 29, 2018. The First CWL 2K of the season will kick off November 4, 2018. Check MLG GameBattles for more information.

For the full and updated competitive ruleset, visit the official handbook page here.

Get your squad for CWL Las Vegas and get ready for the biggest season in Call of Duty® World League history!