Treyarch has added the new Seaside Sunset and Firing Range Night maps as part of the November 27 update to Call of Duty: Black Ops 4. While the maps see no drastic layout changes, the change in time of day gives the map a new feel and look.

The update also comes with two new games modes. Chaos Hardpoint and Safeguard are now available to play for all.

Chaos Hardpoint sets the score limit at 1,000 points and after the first set begin to spawn the zones in random order. Every teammate within the zone increases the points earned so gather round and hope you guessed right.

Safeguard will feature a giant robot with one team (offense) pushing to move the robot across the map while the defense is set to stop it. 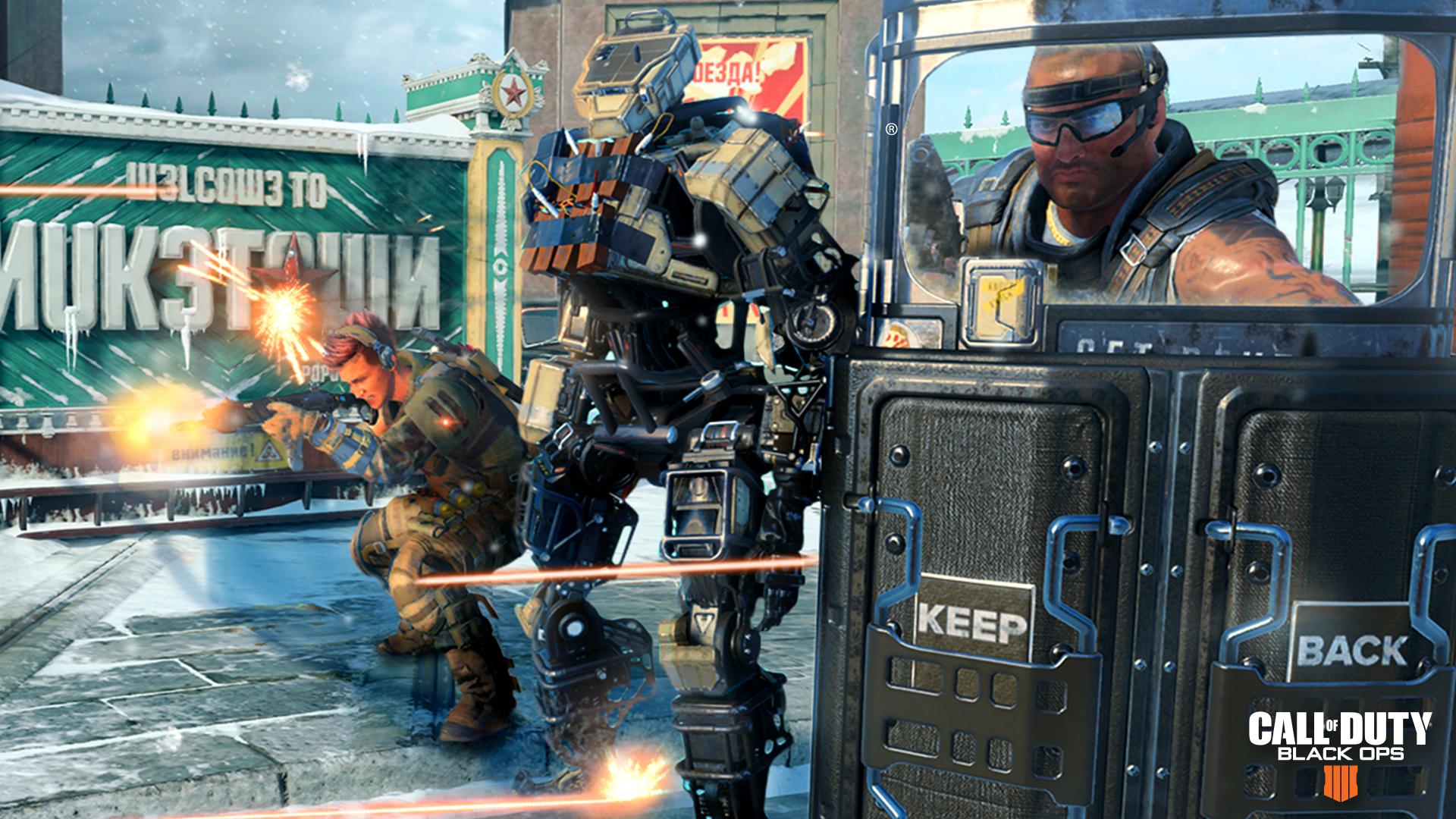 In today’s Black Ops 4 update: the Safeguard playlist makes its Black Ops 4 debut on PS4 in Multiplayer! Escort the robot into enemy territory and keep the opposing team from doing the same to secure the win. We’ve also added three new playlists to the Featured category on all platforms: Hardcore Nuketown, Mercenary Objective Moshpit, and Chaos Hardpoint. See below for details and let us know what you think.

Seaside Sunset and Firing Range Night join the MP map rotation starting today as well, bringing a new nighttime flair to two of our most frenetic maps. These map variants are free for all players and join the map rotation indefinitely – let us know which version you prefer in the comments.

For our Blackout players, the Bowie Knife is now available in Equipment Stashes and as Zombies-related drops on all platforms! Get your hands on one for some stealthy 1-hit kills. We’ve also added Character Missions to unlock Dempsey, Nikolai, Takeo, and Richtofen, and the Blightfather event has returned on PS4, now with reduced Blightfather health in Solos and Duos for faster takedowns.

Zombies gets a new round of stability updates today, including fixes for crashes in all maps and specific fixes for IX. Stay tuned for additional improvements in a future update, and some exciting additions to Zombies in the coming weeks.

Also, a note to our South American Blackout players: We’re currently testing a Featured Playlist-only setup on consoles to ensure more players in the region are able to join fuller matches with solid pings. Thanks for your patience as we continue to evaluate various solutions to deliver the best experience possible for Blackout players in this region, and please continue to give us your feedback here and on Twitter (@Treyarch and @TreyarchPC).

Finally, we’ve added a new Summary section below to provide a quick glimpse at what’s new in each update. Check it out: