Another massive content update has gone live for Treyarch’s Call of Duty: Black Ops IIII. With updates coming on nearly a daily basis, these big ones still make quite the impression with the impact they bring to the game.

This update in particular adds Nuketown availability to Xbox and PC users as the map was only available to PlayStation 4 players for the previous 7 days.

In addition, Zombies continues to receive massive stability and performance updates (70+) in order to provide the best experience and allow the deepest runs into the mode.

Weapon balancing has made another appearance as the Swordfish and ABR 223 were buffed for console players. The SMG buffs made to the PC version of the game have been reverted due to an overcompensation that saw the weapons exceed the intention in terms of power.

Multiplayer saw scorestreaks and the scores required adjusted. There were both reductions and increases made across the board so make sure you refresh yourself with the new scores in the patch notes below. 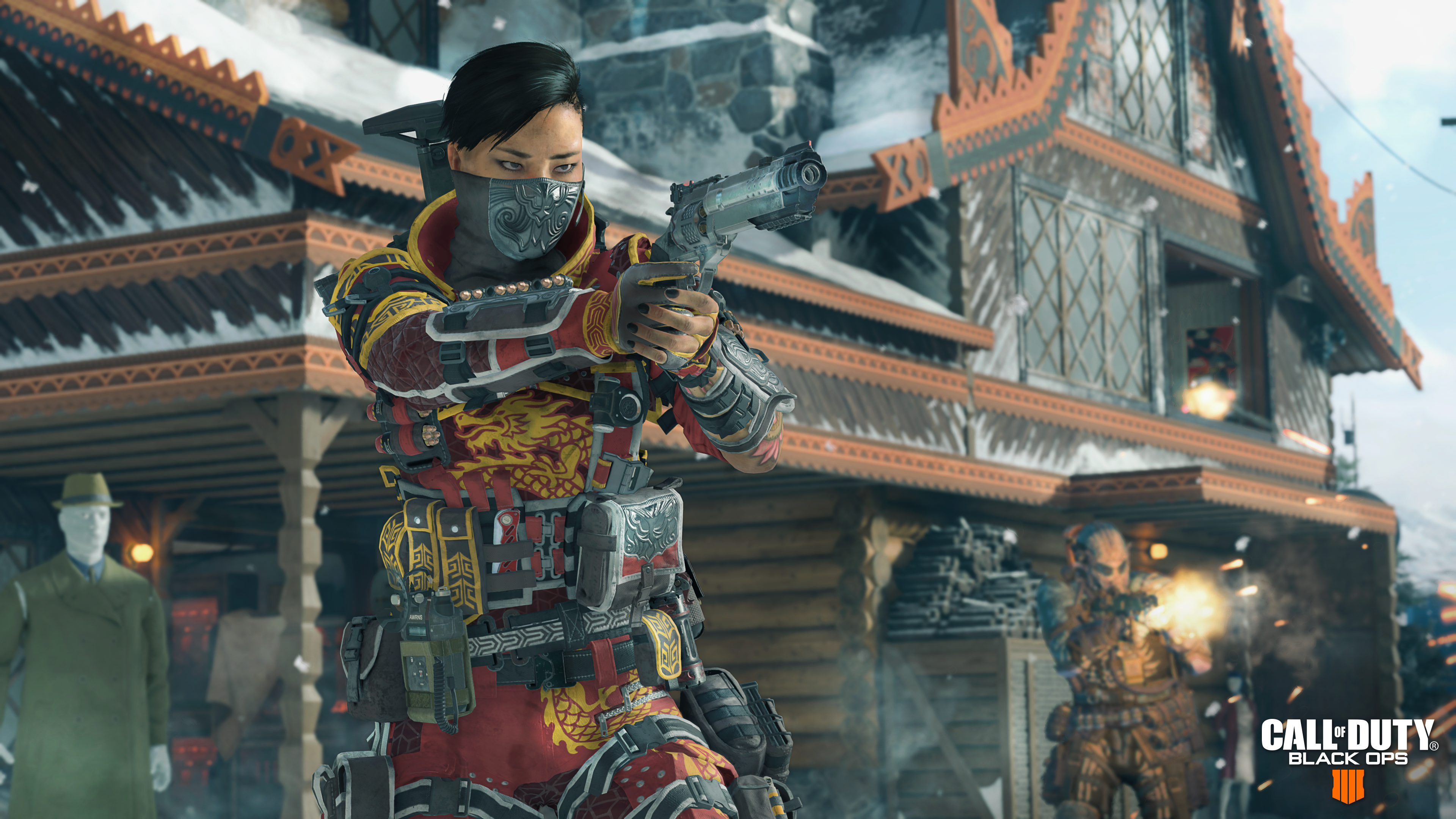 Today’s title update is another big one, and we’re celebrating the long holiday weekend with our first QUAD FEED in Black Ops 4! Starting 10AM PT tomorrow, all players get 2XP in MP and Zombies, 2X Tier Boost, 2X Merits, and 2X Nebulium Plasma on all platforms through Monday, Nov. 26. Now, onto what’s coming to the game today…

Nuketown arrives on Xbox One and PC! Join the chaos in the dedicated Nuketown Featured Playlist this week, featuring 6v6 Team Deathmatch, Kill Confirmed, Domination, and Hardpoint in Nuketown. Also live on Xbox One and PC: Zombies invade Nuketown Island in Blackout for a limited time, and Blackjack’s Shop opens in the Black Market.

Big improvements to Multiplayer are here with today’s update! We’ve fixed several MP-specific crashes, increased the delivery speed of Care Packages, updated several modes and Challenges, enabled Mastercraft instantly on Signature Weapons, updated the visibility of Clan Tags and Kill Counters, adjusted the costs of several Scorestreaks based on current performance to ensure players are getting the most bang for their buck, and more. Remember to visit the Scorestreaks selection menu to adjust your equipped Scorestreaks accordingly after downloading today’s update.

For our Zombies players, we’re delivering 70+ crash fixes and gameplay improvements today, making this stability pass even bigger than last week’s major update. See below for the full list, including fixes for crashes and bugs across all four maps, UI improvements, and more. As we continue to identify and address more specific Zombies gameplay scenarios that could cause the game to crash, our primary focus is now on taking care of the remaining stability issues in high-round play. We have bolstered our ability to research and investigate these issues, and have several fixes in the works that will be rolled out in the near future.

In Blackout, we’ve addressed issues with screen jittering when moving and changing attachments or healing, and made the Bowie Knife now available in Equipment Stashes, as a random drop from killing Zombies, and as a randomized item spawn in Zombies-themed locations on PS4, with other platforms to follow.

Finally, our PC update is coming later today, including its own set of unique changes in addition to the ones listed below. In this update, we’ve decided to roll back the SMG balance changes from last week’s update that did not translate as well to the PC meta. See below for full details in the dedicated PC section of the patch notes.

The following updates are now live on Xbox One, with PC to follow shortly:

We’ve made the following updates to the game on PS4 and Xbox One, with PC to follow shortly:

Burst Tactical Rifles have been adjusted slightly to better define their role as ranged power-position weapons. With these changes in place, weapon balance on consoles is where we want it to be after the first month of changes, and we’ll allow the meta to stabilize before making additional balance passes.

In addition to the global changes above, the following updates are coming to the game on PC later today:

We strive to provide a similar experience between PC and console whenever possible, making platform specific changes when appropriate. In our last weapon balancing pass, we made critical SMG balance changes that were needed on console. These changes did not translate as well to PC, where mouse-and-keyboard players already saw success with SMG weapons. We’re rolling these changes back to best suit the needs of our PC community, and taking it a step even further for the Spitfire. The above changes to the Swordfish and ABR 223 also apply to PC.