Big news for Call of Duty fans as another one of the planned updates has rolled out and it’s big. Treyarch has released its Operation Grand Heist on PlayStation 4 alongside many changes and adjustments across the board to it’s game modes, weapons, and more.

There was also another nerf to armor in Call of Duty’s Blackout mode which will be a crucial aspect of the update as it has been heavily scrutinized since the games release. Weapons will be seeing some changes coming in as well alongside a prestige system, new game modes, vehicles, and more for blackout.

Operation Grand Heist has begun today on PS4, and with it, we’re kicking off an entire season of content and events throughout February, March, and April. We’ve got something new to celebrate the event every day this week, and this is only the beginning. Check out our Operation roadmap detailing what’s on the horizon over the next couple of months:

Yesterday, we covered everything we’re bringing to Black Ops 4 this season in our Operation Grand Heist overview blog, which you can read here. And in case you haven’t seen the new Gameplay Trailer… buckle up. 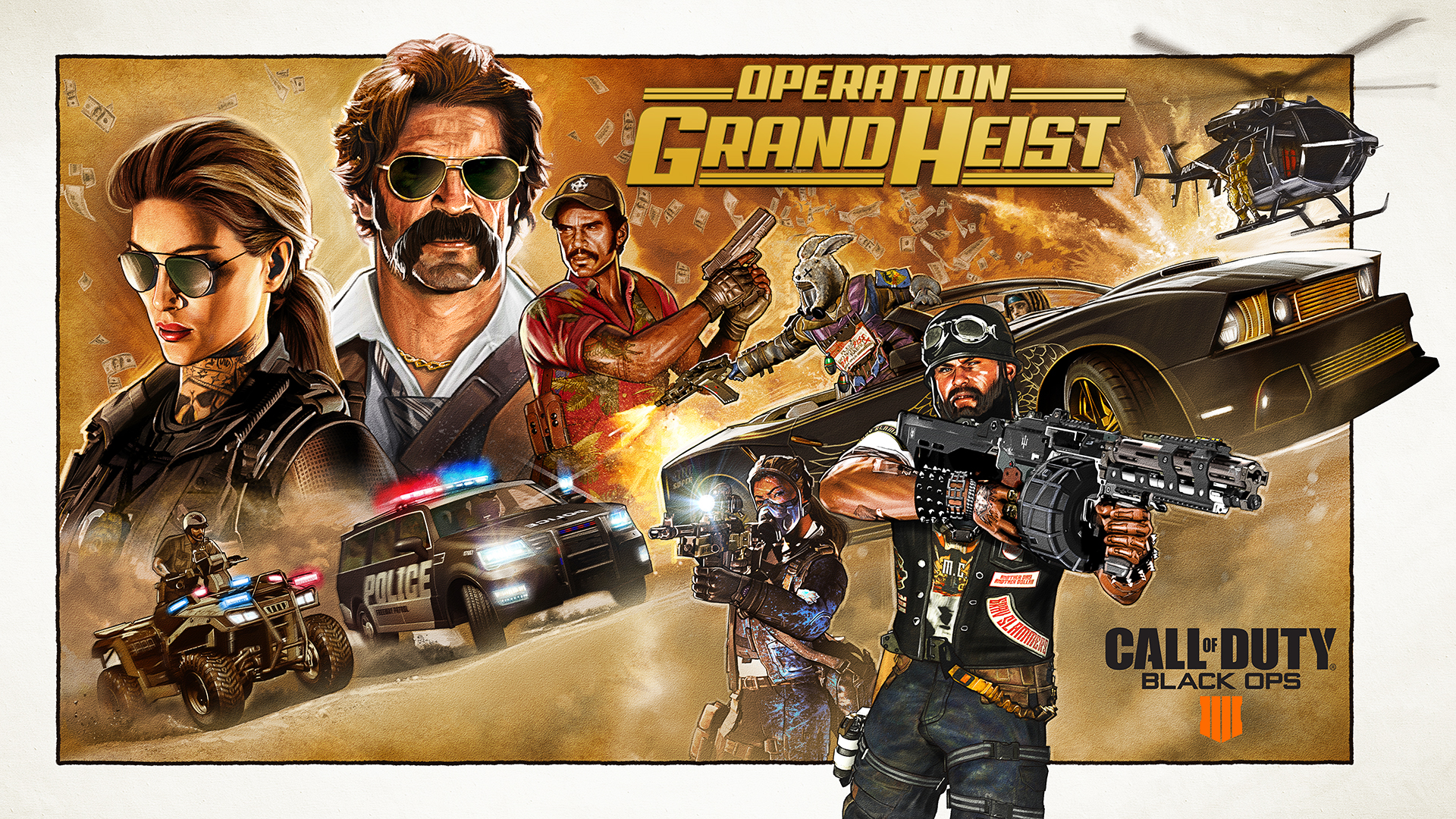 Operation Grand Heist delivers new ways to play in every mode. In Multiplayer, Outrider joins the party as our newest Specialist, plus three new weapons for players to unlock, two new Black Ops Pass maps to run wild in, the return of Party Games with One in the Chamber, a massive gameplay tuning update across every weapon class. We’ve also made tuning updates to several Scorestreaks, Specialists, Perks, Gear, and Equipment to ensure a fresh new Multiplayer meta to enjoy all season long… and of course, League Play begins this Thursday with the launch of the World League Hub! 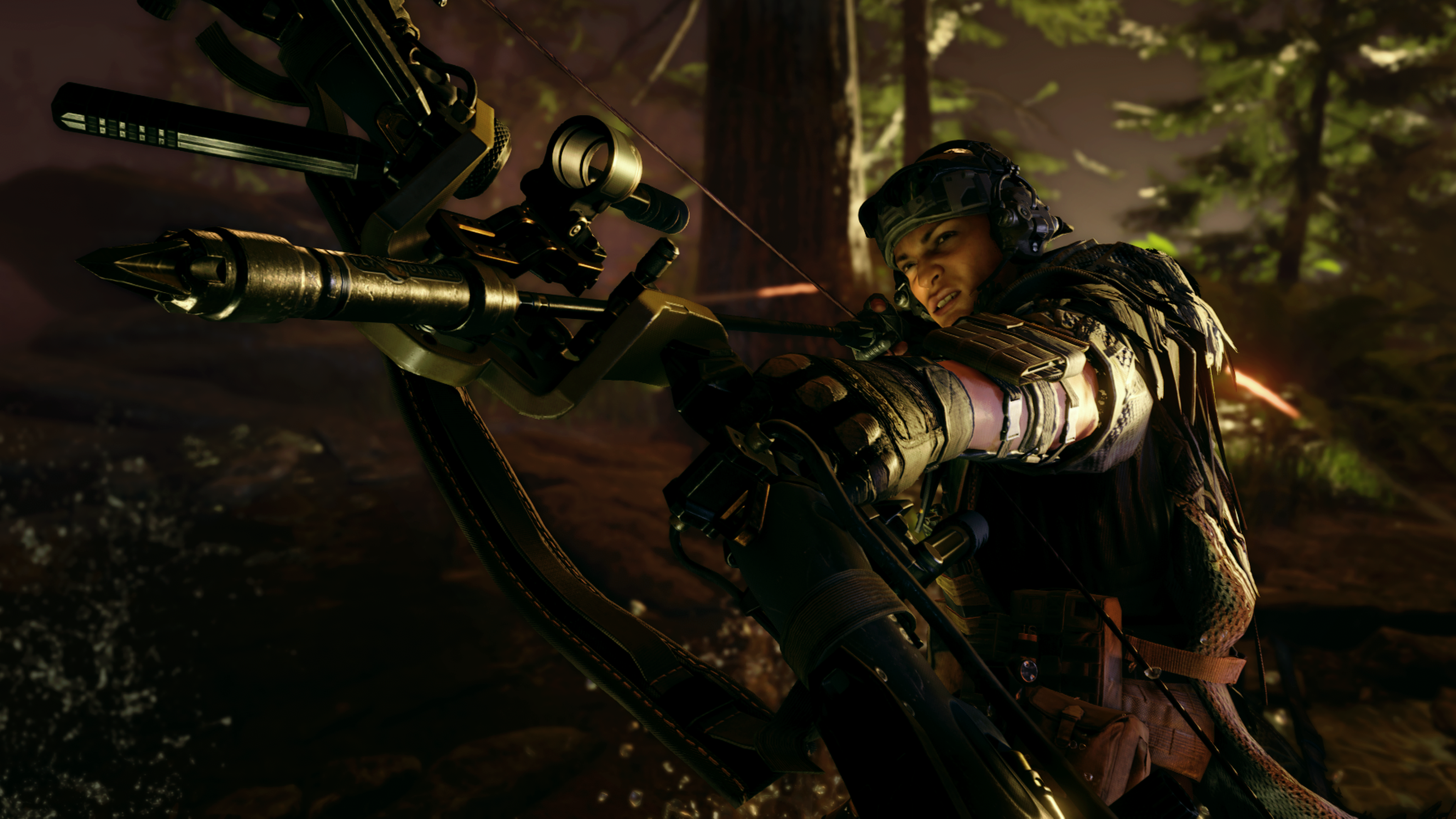 Zombies fans can take on the new “Death-Con Five” Gauntlet on “Classified” with the help of the new Ethereal Razor Perk and Signature Weapons, now supported in the Zombies Armory. Players can also now earn a second Tier Skip each day for completing Daily Callings, and we’ve greatly improved the overall Zombies experience with a huge round of stability fixes and gameplay improvements. Our next new Zombies experience for Black Ops Pass holders, “Ancient Evil”, arrives in March during this Operation, with more new features and content planned for Zombies throughout the season.

And in Blackout, drop into two new locations based on “Buried” and “Outlaw” in the southeast desert’s new Ghost Town destination, and rise through the ranks of Blackout’s new Prestige system with 10 Prestige levels and 1,000 Echelons. We’ve retooled Armor, made tuning passes on nearly every weapon class to shake up the meta, reworked the scoring system to create more opportunities to earn Merits, and added new quality-of-life improvements like the ability to instantly swap weapon attachments onto a gun on pickup. And on Friday, put the pedal to the metal in Hot Pursuit, our all-new respawn mode featuring a new fleet of police vehicles and Muscle Cars. 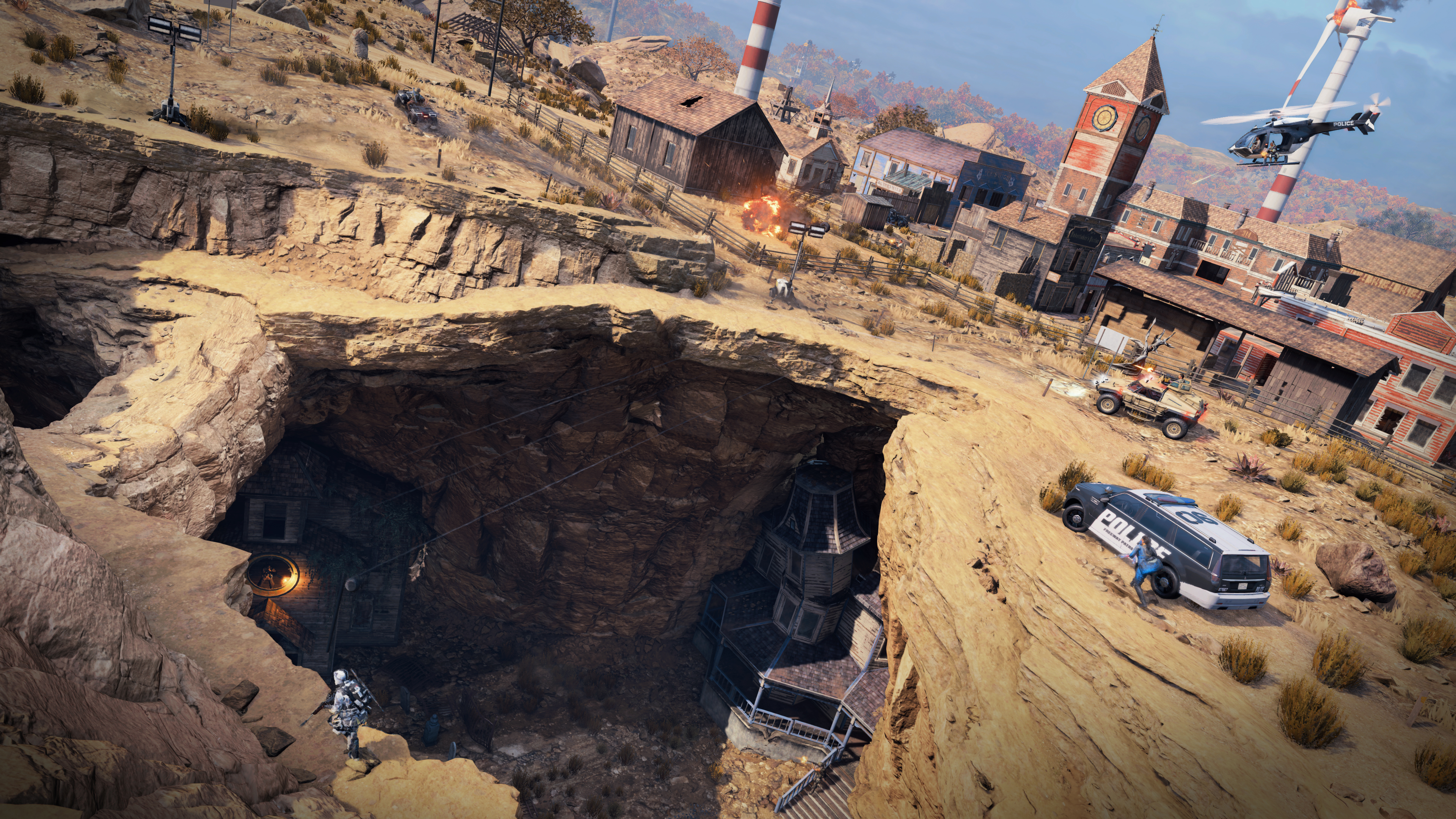 Read on below for the patch notes on everything new with today’s update, and remember… this week is only the start of the full season to come.

Here’s what’s new in Black Ops 4 with our latest update:

The following updates are live today on PS4, with other platforms to follow:

The following updates are live today on consoles, with PC to follow with additional platform-exclusive updates:

The following updates are live today on Xbox One and PC, with PC to follow with additional platform-exclusive updates: